A TERROIR OF EXCEPTION

Our 29-hectare vineyard enjoys a perfect alchemy
between every element for an optimum production
in AOC Brouilly and Côte de Brouilly.

The black Gamay with white juice grape variety flourishes very well in a region with an ideal temperate climate, and in particular, on our vines ideally exposed to the East and South East.

Here, soils are poor, acid, and not fertile which helps to give the wine its elegance, finesse and specificity.

The Brouilly is cultivated in plains (deeper and richer soils) to give a more fruity and round wine.

The Côte de Brouilly is cultivated on the hillsides of Mont Brouilly. They offer a very particular soil on blue granite, or “andsite”, a dark rock that retains heat during the day and give it back at night giving the wine its richness and concentration. 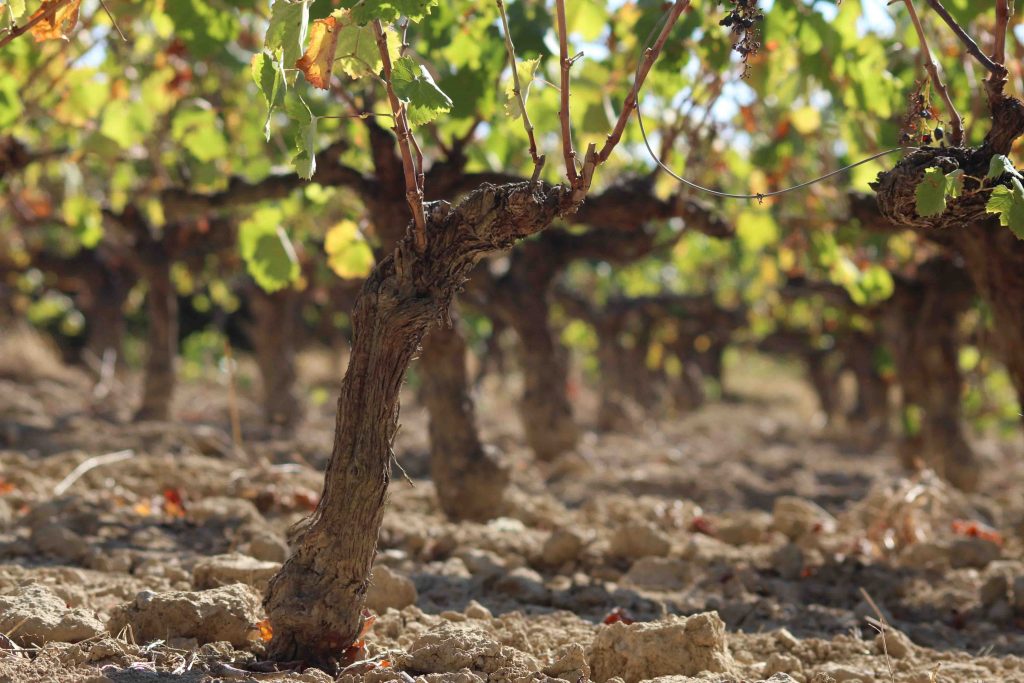 “OUR winery
is now one of the most
important estates in Beaujolais. “ 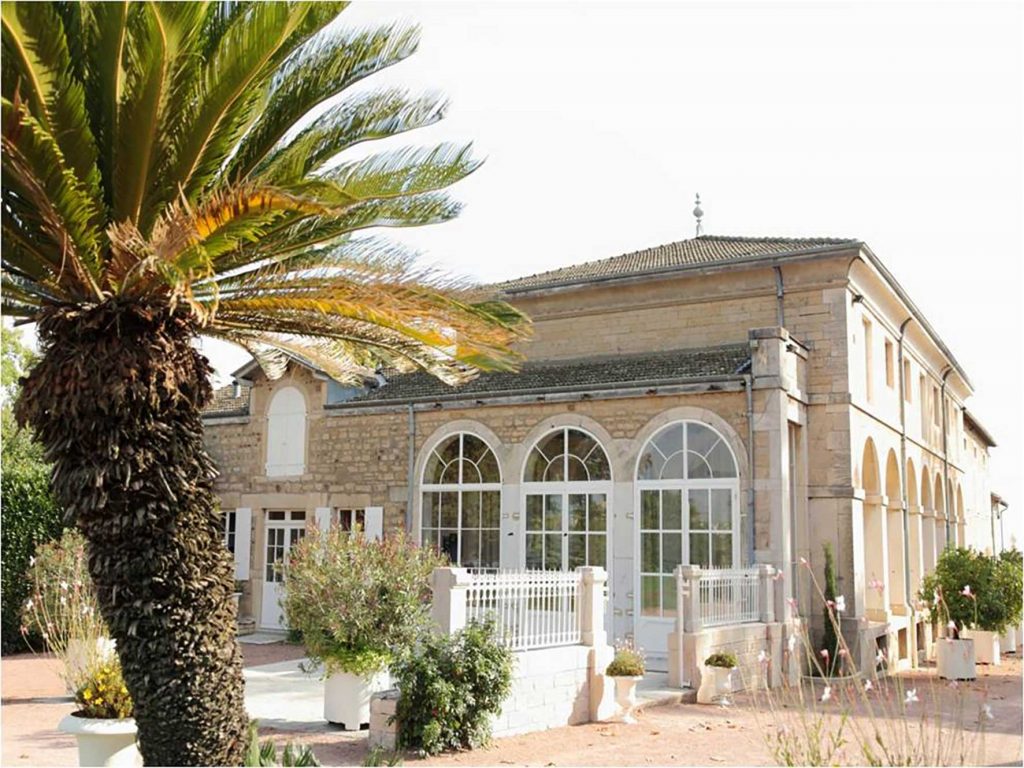 It all started in the middle of the 19th century with the purchase
of the wine estate by Auguste SOLET, a polytechnic
engineer from Lorraine.

After making fortune thanks to the construction of the Alger-Constantine railroad viaducts, he decided to conceive himself all the plans of the Château and the growing buildings in order to have a modern and perfectly structured domain.

As his unique son died during the 1870 war, he decided to adopt his niece, Mathilde Courbe, to whom he left his entire fortune.

Strong-willed woman, she efficiently takes care herself of the entire management of her domain. Her wines obtain a bronze medal at the agricultural contest of the world exhibition in 1900. With the exact same generosity and goodwill as her uncle, she makes an important donation to the hospital of Belleville to keep a bed for the in-need ills of Saint-Lager. President of the Beaujolais Red Cross, she also installs and finances, within the Château, a military hospital during the First World War.

With no descendant, she left all her goods to the Pasteur Institut in 1937. Only Château des Ravatys was inalienable.

It is only in 1990 that the Château and the Orangerie are entirely modernized to welcome public. Seminars happen in the Château’s lounges, tastings in the caves. Speaking of the gala dinners, conferences, weddings, exhibits, and concerts, they take place in the Orangerie. Regarding sport activities, they are all organized in the park.

More recently, the 20th of June 2002, Mrs Rampon, owner of Côte de Brouilly vines, mentions in her will that she donates part of it to the Pasteur Institut. The entirety of the profits of the wine sales and the Château’s activities is donated to the Pasteur Institut to support research for human and their health.

In December 2020, the Pasteur Institut decides to concentrate on research mainly to fight against the COVID-19 virus and sells the domain to the Lavorel family.

Today, the Lavorel family, from Lyon, is the proud owner of the estate and wishes to continue its management while maintaining tradition and know-how.

« IN 1990 THE CASTLE AND THE ORANGERY
WERE COMPLETELY MODERNIZED
TO WELCOME THE PUBLIC.»

Jean-Claude Lavorel is a self-taught businessman from Lyon
who started his career in healthcare.

In 1989, he created LVL Médical in Lyon, specialized in home care. The company becomes one of the leaders of its sector and is sold in 2012.

Jean-Claude Lavorel then decides, after the investing in a first hotel in Courchevel, the Château de Bagnols and the Hilton Lyon, to create a hotel group: Lavorel Hotels was born in 2014.

Jean-Claude Lavorel and his family wished to diversify in wine and the Chateau des Ravatys has been a choice of the heart.

Real connoisseur of grands crus, his passion for the French art of living encouraged Jean-Claude Lavorel to start this new adventure. Château des Ravatys embodies for him a project full of promises.

Invest in the French terroir was an evidence and a continuity in his hotel investments.

Our passionate team daily works in the domain and guarantees local quality products respectful of traditions.

We use cookies on our website to give you the most relevant experience by remembering your preferences and repeat visits. By clicking “Accept All”, you consent to the use of ALL the cookies. However, you may visit "Cookie Settings" to provide a controlled consent.
Cookie SettingsAccept AllReject All
Manage consent

This website uses cookies to improve your experience while you navigate through the website. Out of these, the cookies that are categorized as necessary are stored on your browser as they are essential for the working of basic functionalities of the website. We also use third-party cookies that help us analyze and understand how you use this website. These cookies will be stored in your browser only with your consent. You also have the option to opt-out of these cookies. But opting out of some of these cookies may affect your browsing experience.
SAVE & ACCEPT
Powered by 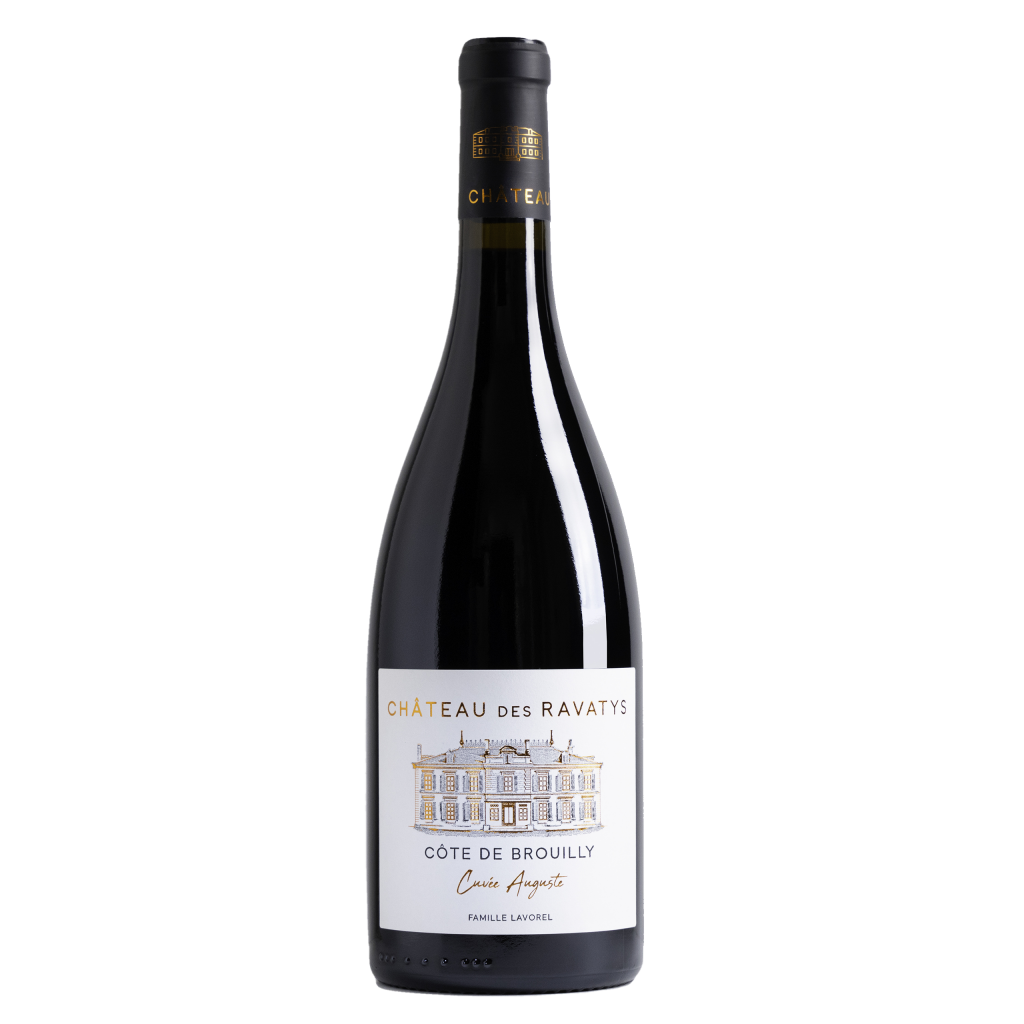